It’s been a busy last few months, juggling different projects and continuing to deliver comic workshops and talks.
We have had the pleasure of working on a few illustration jobs: for a series of chapter books due for release soon by Ransom Publishing, and also for educational resources online and in print. Here are a couple of sample illustrations, and some of this work can be viewed on our online portfolio …we’ll reveal more in due course.

We’re also beginning to embark, as we type, on an exciting, new graphic novel project, due to be released in the later part of 2012. But it is top secret for now… 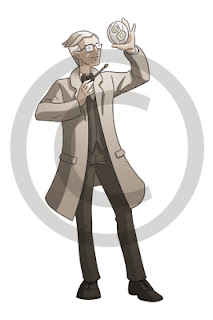 Last week, we visited a local school, in Glasgow, where we had fun helping P5/P6 pupils develop comic characters.

We always feel recharged working with young and enthusiastic people. But this was a change for us, being so close to home, as we’ve been doing a lot of travelling around the UK, and even beyond. Below are just a few of the many places we have visited.

The past few months also saw us visit Airdrie library, touring the excellent observatory, as well as returning to Springburn Academy, Hillpark and participating in the Aye Write! festival for the third year in row (where we had the pleasure of sharing jokes with Philip Ardagh and Jonathan Meres). We also returned for a third time to Bishop Fox’s School in Taunton for their annual conference day.

Other highlights included: a visit to Newport to talk to Primary School boys; a trip to the Eindhoven International School in The Netherlands (read the blog here); flying to Guernsey earlier in the year for a marathon series of events and also to Leeds for Thought Bubble and the Graphic Novel Awards, as Louis – Night Salad was a nominee (read the blog here). We also had the pleasure of participating in World Book Night events at Polmont library, where graphic novels were celebrated and we talked and shared a panel with David Bishop, Emancipation Studio and Rough Cut Comics.

More enriching experiences included visiting Barlinnie Prison in Glasgow to deliver a comic workshop to a small group of inmates, and a visit to Kaimes School for special needs in Edinburgh –  we wrote a blog for the Scottish Book Trust here.