Once again it’s been a busy few weeks and we’ve had great fun travelling around visiting places as far afield as Helsinki and giving talks and delivering workshops at  The Lakes International Comic Art Festival and Craigmillar Book Festival among others. Last week was Book Week Scotland 2014 and we did a string of events in schools and libraries up north.

First stop was Portlethen on Monday 24th November for two sessions with 13-14 year olds. We then went on to Aberdeen, to Northfield Academy, where we are Patrons of Reading until 2016. We have been going there regularly since we were appointed in 2013, and this time we delivered a series of very hands-on workshops over two days, with the younger pupils.

The pupils produced some really fun Xmas-themed characters and comics…. 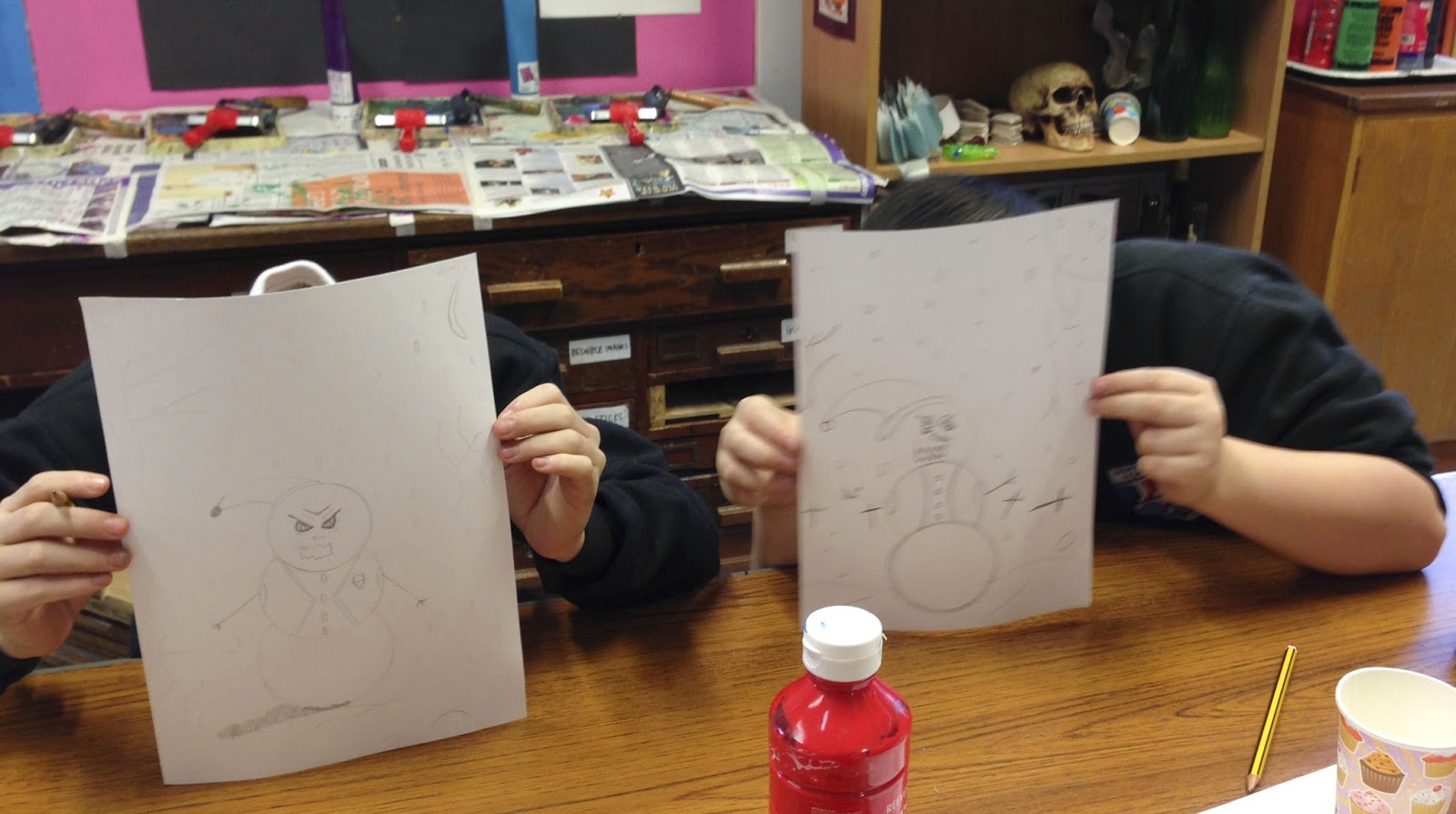 … such as this really crazy comic made by a young girl about a killer snow clown! The cartooning is hilarious.
It has become a custom that when we visit, John is challenged to a chess game during lunch break by pupils. 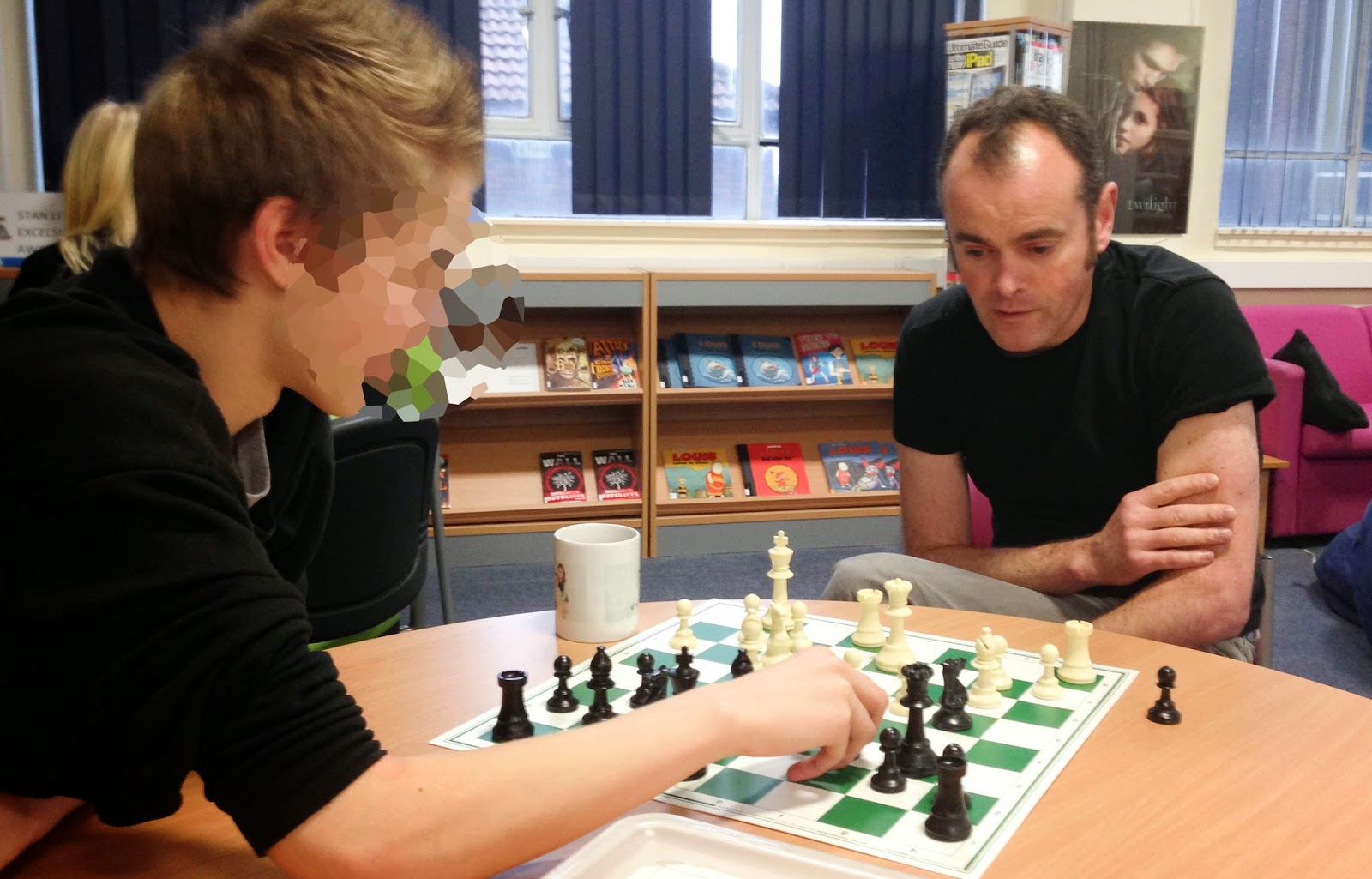 A big thank you to Mandy Wilson and Neil Hendry at Northfield Academy – they are such dynamic and fantastic people and are doing such great work at the school. It’s always a pleasure to work with them.

Next stop was Meldrum where we gave two talks to a total of 300 students!

We then briefly came back to Glasgow before heading to Oban on the Friday for two events, one in a school and the other, an open event, in Oban Library.

All in all: a packed week!