This week we visited Sacred Heart Primary School in the East End of Glasgow to deliver a series of comic workshops. The project tied in with the the recently refurbished Olympia building, which hosts a brand new library with a vibrant children’s section. 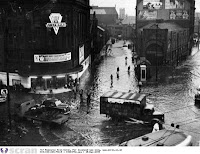 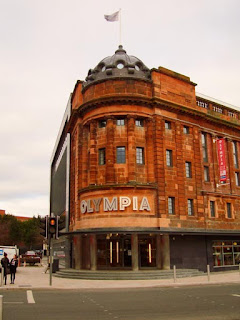 It’s well worth a visit, and the building has a fascinating history, which was revealed to us by Simon Biggam, of Glasgow Life, when he gave us a guided tour. Originally used for variety shows, the theatre became a cinema as the music hall era came to a close, but remained derelict for many years. It was great to learn that he renovations involved local workers being taken on for apprenticeships. Photographs and posters from the past adorn the walls of the library, along with pictures of film stars from the Golden Age. The children’s section has a brilliant Gruffalo mural and inviting furniture, and the overall interior design of the library is modern and vibrant. It also has BFI archive room with individual booths, and it’s free!

But back to the workshops… After giving the pupils some inspiration with a short presentation, we asked them to come up with a story which could take place in the Olympia building. 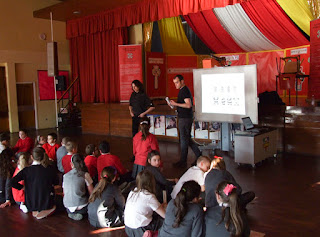 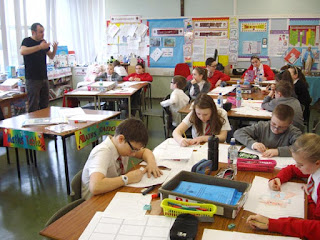 The children responded really well to this. At one point, a pupil remembered he had a book with historical photos of the building in his drawer, and got engrossed in flicking through the pages for reference, ideas and inspiration. This fed into his comic and also assisted his neighbour with her imagining of the windows in the building’s cupola. 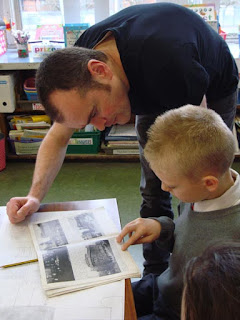 They all came up with fantastic ideas, stories, and characters, including: aliens lying dormant in the library for 40 years; mysterious book thieve; black belts fighting baddies and mice wearing masks and capes…﻿ 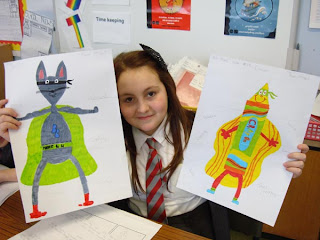 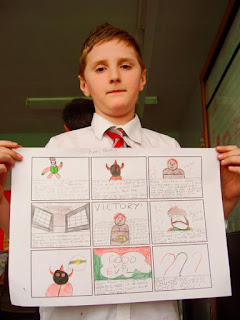 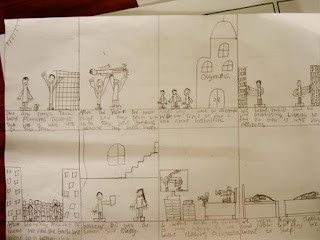 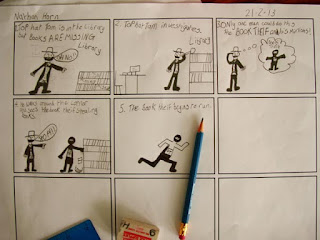 It was a wonderful project to be involved in, encouraging young children to consider their environment, local history and neighbourhood. We always enjoy hands-on workshops, but sometimes feel a little sad when we have to leave after spending hours working with enthusiastic pupils.